It's been a long time since the last entry but this friar has been busy with many things. A First Order Chapter at Stroud in Australia in August/September. Now for 6 weeks in New Zealand conducting Franciscan programmes in parishes, schools and leading some retreats. But oddly enough a few people have said that they read this blog so it's time to start writing again.

I won't write about everything since the last blog. It's too much!

Earlier this week I was taken by my host in Temuka, Andrew Starky, on a drive up to Lake Pukaki. This is the lake at the other end of New Zealand's highest peak, Mt Cook. A few photos from round there: 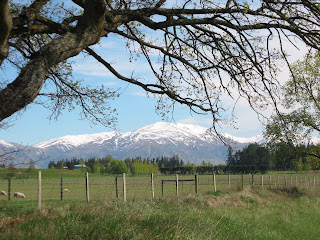 near Fairlie - a town at the eastern end of the Mackenzie country - an inland sheep farming district. 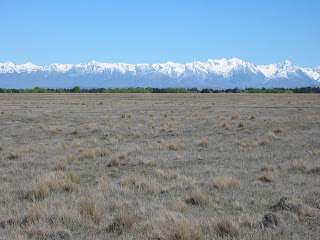 Approaching Tekapo. Tussock ground with the Southern Alps in the background. 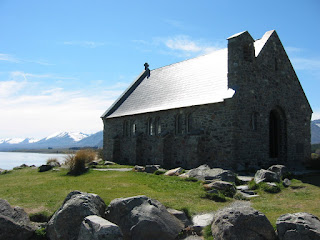 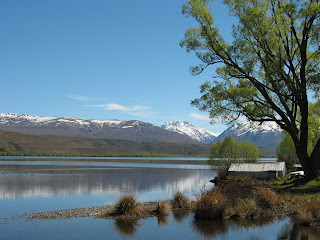 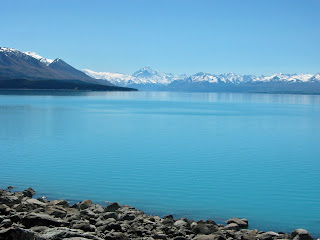 Lake Pukaki, with Mt Cook on a perfectly clear day (and it's not like this everyday). Mt Cook is the triangular one in the centre, standing a bit on its own. The lake really is that blue - it's caused by small particles of stone carried in the water.
Posted by Christopher John ssf at 3:08 PM No comments: